← more from
Saturnal Records
Get fresh music recommendations delivered to your inbox every Friday. 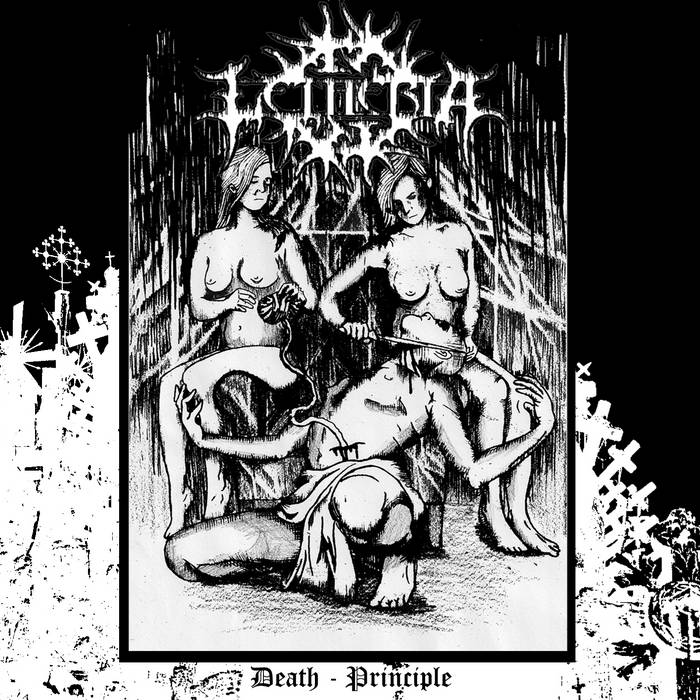 Letheria hail from Finland, and formed in 1998. Since then, they've released a succession of seven demos, and then three thematic EPs - I Scorn (2010), II Slander (2013), and III Mockery(2014). All have served as crucial, ever-so-patient building blocks for the band's long-overdue debut album.

At last, the time has arrived: Letheria's Death - Principle is death metal drenched in arrogant scorn, disgust, and hate. More than a bit blackened and fully nasty at every twisted turn, Death - Principle conveys open hostility toward everything and everyone...including the listener. Track titles like "Swinelord of Devouring and Fucking" and "With Tears of Urine You Will Cry His Name" guarantee spite and malice. If Letheria had a smell, it would reek of gasoline, urine, and blood. And yet, for all this corrosiveness and crudity, the band possess a strikingly accomplished sense of melodicism - definitely dark, strangely alluring, almost bordering on the anthemic - which is all ably highlighted by the album's production, which is as suitably muscular as Letheria's execution.

Bandcamp Daily  your guide to the world of Bandcamp

Stanley Ipkuss joins the show to discuss his latest release "Among Other Things."